The Betts products evolved from a concept originally developed by myself, as a teacher, for use as a personal teaching aid at Bankstown College of TAFE (NSW) in the late 1970’s. The original machines were built from obsolete industrial equipment donated to the electrical trades section. (first generation)
Refer Concept tab

In collaboration with the then Senior Head Teacher, Mr Ian Wyber (retired 2000) the concept was further developed and expanded. (second generation)

The student response to this hands-on equipment was such that it quickly generated the interest of other teachers, both within the section and at other colleges, and as a consequence a demand for more equipment.

Betts in their wisdom picked up the concept, further developed the idea, and from 1980 produced and sold the equipment in quantity.(third generation).
.

The equipment is an integral component of all electrical machine teaching modules in NSW TAFE colleges,

Also, it has become the standard equipment used in other Australian and overseas teaching institutions.

The marketing of the Betts equipment was latter taken up by UNISTREAM PTY. LTD.

The success and popularity of this equipment is student driven. Beginning with the original machines students found this equipment to be extremely “student friendly”(or tolerant).

Similarly, teacher and trainer feedback concludes, that this “Exrta-Low-Voltage”(ELV) / Low-Power system is much simpler, OH&S compliant, more robust and less cumbersome to manage in the class room environment. Plus it has the electrical and mechanical flexibility to adapt and conform with any of their continually changing(evolving) syllabus requirements
.

Features, which other more expensive, commercially available systems, which operate at the higher mains “Low-Voltage” (LV), do not have.

Unfortunately, Australia’s free trade policies have made the manufacture, in Australia, of electric motors uneconomical. This has resulted in the Australian electric motor manufacturers (including Betts) ceasing production.

The Betts equipment, not produced for many years, aging existing equipment (approaching 30 years) much in need of replacement, and a continuing general requirement, has generated the need for a replacement product.

In 2008. unable to source a new supplier, I was approached by Mr Robert (Bob) Kefford (retired 2016), the then Head Teacher. Meadowbank TAFE (NSW), as to whether I (as the original designer/builder of the equipment) may be able to reproduce the products

After considerable research. the equipment I am now producing, and further developing, is a result of that request. (fourth generation).

These Machines and their auxiliary control gear are ‘the standard’ around which Australian TAFE institutions have developed their ‘electrical machines’ course syllabuses.They are used for both lesson and examination practical exercises 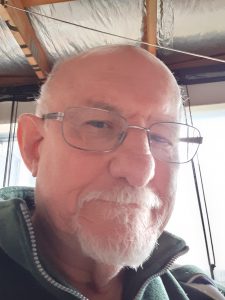 With more than 60 years(1958) practical industrial experience, in all facets, both electrical & mechanical, of the design, manufacture, repair, rewind & maintenance of electric motors